Film Screening in the Greenhouse!

In the Atrium Lounge 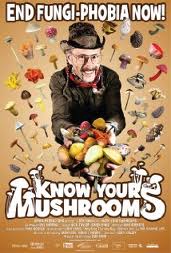 Come watch a great documentary on mushrooms in the greenhouse! Free admission, popcorn and tea!

“Ron Mann investigates the miraculous, near-secret world of fungi. Visionaries Gary Lincoff and Larry Evans lead us on a hunt for the wild mushroom and the deeper cultural experiences attached to the mysterious fungi. The oldest and largest living organisms recorded on Earth are both fungi. And their use by a new, maverick breed of scientists and thinkers has proven vital in the cleansing of sites despoiled by toxins and as a “clean” pesticide, among many other environmentally friendly applications. Combining material filmed at the Telluride Mushroom Fest with animation and archival footage, along with a neo-psychedelic soundtrack by The Flaming Lips, this film opens the doors to perception, taking the audience on an extraordinary trip.”

Hours: Every Monday to Friday from 11am to 5pm and during our public events.

See this page on booking space for more information.

Directions: To get there, take the elevators
(located in the back right corner of the first floor), or the escalators to the 12th floor, and then follow the Greenhouse signs to stairwell #1285 and take the stairs to the 13th floor. Signs in the hallways will direct you towards the stairwell that accesses the greenhouse on the 13th floor. There are two sets of 11 stairs to reach our space, with a small landing halfway. There is no toilet in the greenhouse, nearest bathrooms are located on the 12th floor. https://concordiagreenhouse.com/about/accessibility/

Accessibilty: Please note the Greenhouse is wheelchair accessible upon request when the freight elevators are functioning. Please contact us in advance of your visit at: (514) 848-2424 ext. 5134, or send an email to: info@concordiagreenhouse.com

Our mission is to provide a welcoming, organic green space that fosters community by providing experiential learning opportunities within a year-round growing environment.